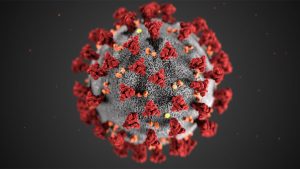 While the COVID-19 pandemic has undoubtedly had a negative impact on people from almost all walks of life, it hasn’t affected everyone equally. The pandemic has shed light on the deeply entrenched inequalities in our country that have resulted in oppressed groups and marginalized communities being disproportionately impacted by COVID-19.

Perhaps the most obvious example of this is how the pandemic has affected Black, Indigenous and people of color (BIPOC). Although data has been limited, it is clear that non-white people are being hurt by the pandemic to a much larger degree than white people. For example, according to a recent Global News article that examined demographic data regarding which neighborhoods have the most COVID-19 cases in Toronto, Black communities have the “highest number of novel coronavirus infections,” which stems from racism-induced health disparities between those communities and communities that are predominately white.

Moreover, according to a CBC article published in late July, Blacks and other people of color only make up half of Toronto’s population and yet make up 83% of COVID-19 cases, with Black people accounting for 21% of those cases and West Asian, Middle Eastern and Arab people making up 11% of those cases. As for our country’s Indigenous population, according to a report by Human Rights Watch in June, the risk of COVID-19 having a disproportionate impact on Indigenous people in Canada is incredibly high due to the numerous disadvantages that they face.  This includes lack of access to clean water for hygiene and insufficient funding housing, the underlying health conditions, and the systemic discrimination Indigenous people often encounter when trying to access health care services.

But communities of color aren’t the only groups that have been hit the hardest by this pandemic; newcomers have been severely affected as have people from at the bottom of the socioeconomic ladder. A recent ICES report has found that immigrants and refugees make up 43.5% of those who have tested positive for COVID-19 in Ontario, while Canadian-born and longtime residents accounted for only 2.9% of them. This has been confirmed by ICES Chief Science Officer Dr. Astrid Guttman, who stated that the ICES report did document “disproportionately higher rates of infection among those who landed in Ontario. In addition, people from lower-income households make up 51% of COVID-19 cases that have been reported in Toronto despite only making up 30% of the city’s population, which is largely due to the fact that the people who are most likely to live in poverty and poor housing are from racialized groups.

There is no question that most of us are suffering under the weight of this terrible pandemic. However, as these data results show, many are bearing a burden that the more fortunate among us do not have to, and it is more crucial than ever that we lend a helping hand so that they do not fall through the cracks.