Simply put: they are what we need to do to stop the spread of HIV and end the epidemic. 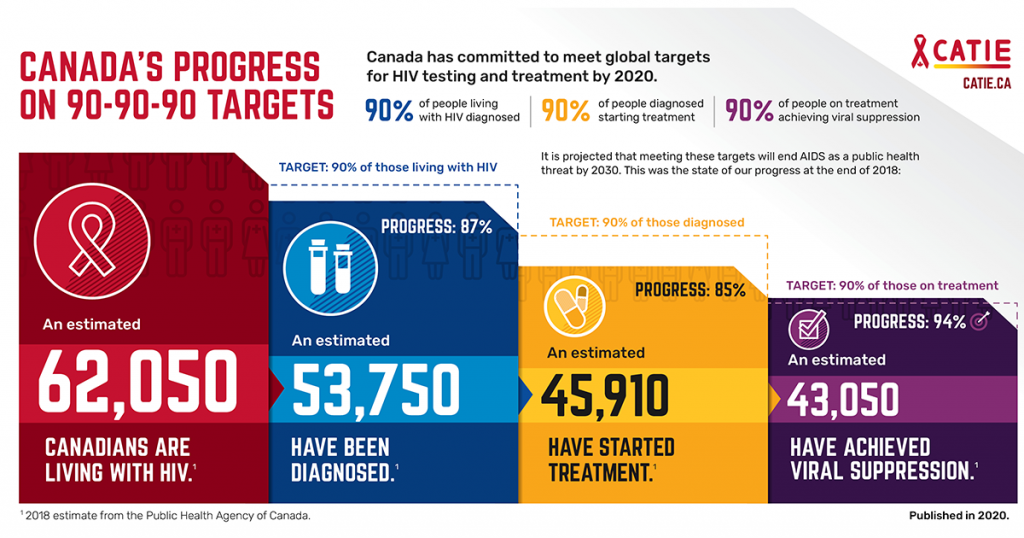 As estimated 62,050 people in Canada are living with HIV (2018 est.), and only 87% have been diagnosed. That’s 8,000 Canadians who are HIV+ and do not know. Many people are not getting tested because they do not believe they are at risk, they face stigma and misinformation on HIV, they are struggling with daily life and cannot spare the energy, and many other reasons. 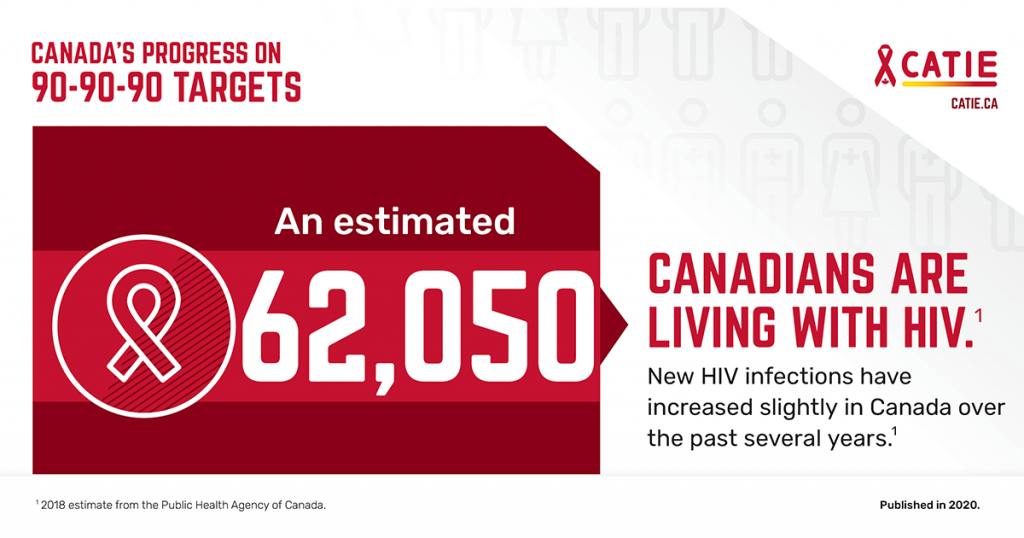 About 85% of people diagnosed with HIV in Canada have started treatment (there is no cure, treatment will be life-long). With treatment someone living with HIV can expect to live a long, healthy life… lack of treatment results in illness, and potentially death.

So why the gap? People may not start (or stay on) HIV treatment due to fear, stigma, lack of access, or simply because their lives do not allow them to focus on long-term needs. A safe place to sleep at night and ensuring your kids have food will take priority over anything else. 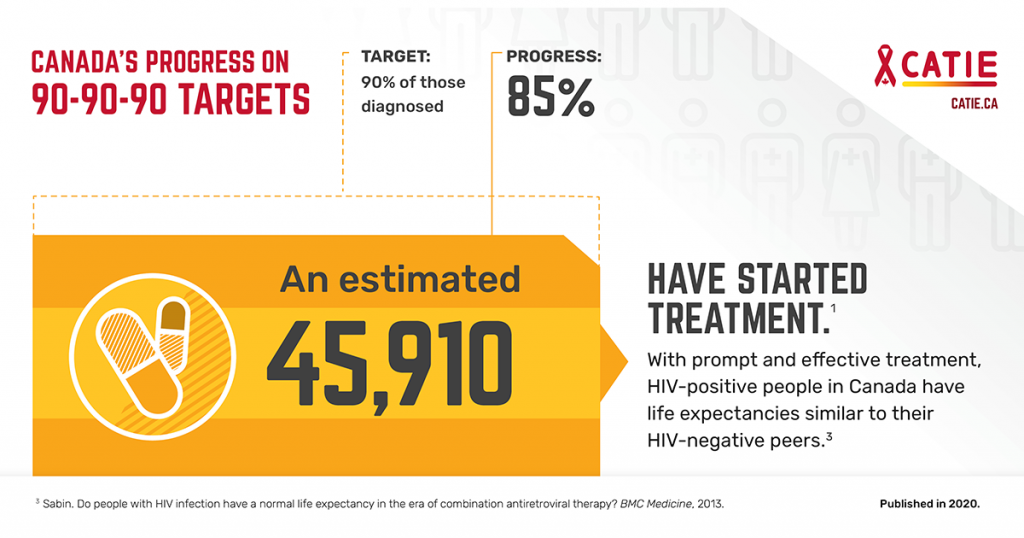 94% is not perfect. Not everyone reacts to medication the same way, and some individuals may never get an undetectable viral load result. It is important that we strive for 100% while never creating stigma towards people whose viral load remains detectable despite the best treatments available. 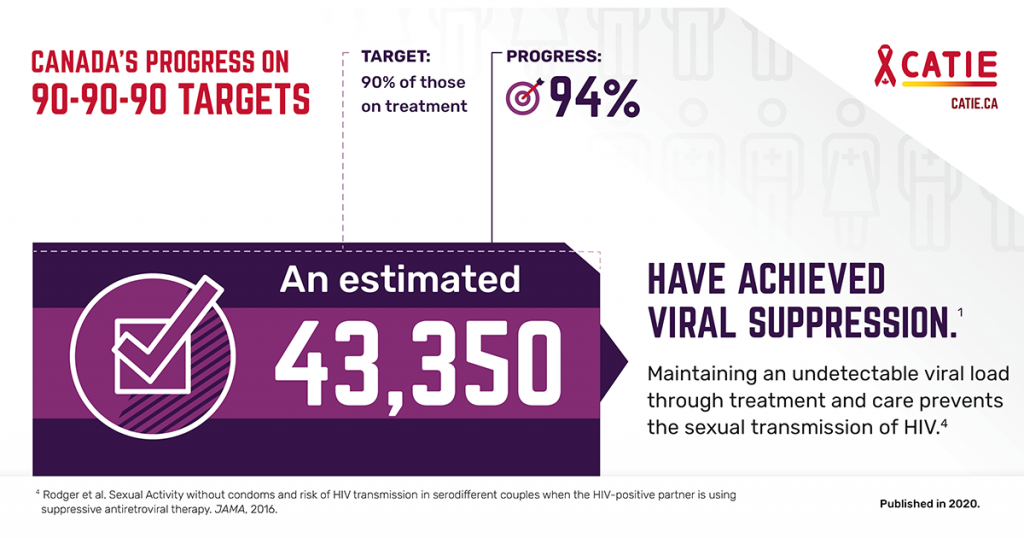 So, who have we left behind?

That means about 16,100 people in Canada are living with HIV and either do not know or know and have not begun treatment. (This from 2018 data, so the current number may be higher.)

As a caring and compassionate society, we need to look at the social and economic reasons behind that number and ask ourselves what changes we need to make.

(All info-graphics from CATIE )